Althought PES 2014 has only been confirmed for release on current generation consoles, Konami claims that the FIFA rival will have graphics that are on par with what’s being offered on the Xbox One and PlayStation 4.

In a new trailer released by Konami, in-game graphics and new game features like the “barycenter” ball handling system, which controls the player’s weight separately from the ball’s movement for a more realistic feel. 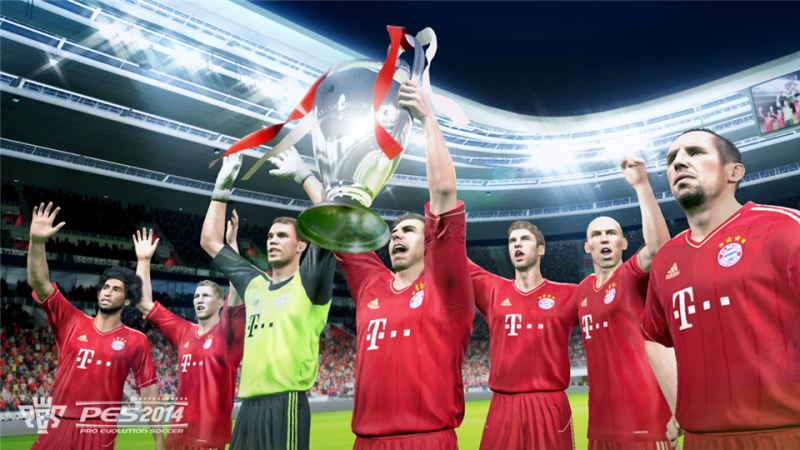 The trailer also shows off the Bayer Munich team doing some technical moves and precise ball control. The ball always acts as the center for the player, which makes feints and dodges much more realistic. The new barycenter physics engine also influences the defensive play in the game where balls can be cut in ways that weren’t in the previous versions of PES.

The Fox Engine provides impressive graphics as displayed by the close-ups of players from the team. Facial expresions are more detailed and realistic to the point where you can even see the veins in their necks.

PES 2014 looks like an impressive game, especially if can live up to the claims of “next-gen” quality graphics. We’ll reserve judgement until the game comes out on September 20th of this year for current generation consoles. Konami has not announced a release date for next-gen consoles yet.

If you liked this article then you'll love our newsletter!

Join us to receive hilarious memes, photo galleries, tips&tricks, and the best games!